How to move through regrets — even when you can’t see your way out.

Sometimes, you can’t seem to get over your regrets. And you feel like an idiot. Because you knew better, but you did it anyway. And now it’s killing you. So what can you do about it now? 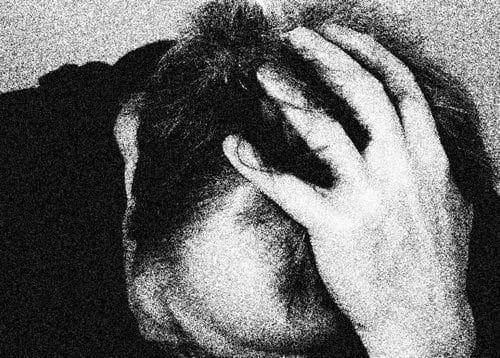 So why did you do it?

You saw this coming.

But you did it anyway.

So why did you do it anyway?

Because you’re a man.

And men do stupid things.

Because sometimes, even though we see that train coming —

Sometimes we refuse to get off the tracks — even when we know we’re about to get clobbered.

It seems to be in our DNA.

Because you’re fighting both ends to the middle.

The only real question that deserves your attention now is —

What can I do now?

Because you can’t stay where you are.

Your regrets are quite literally killing you.

Not to mention your mojo.

So you need to do something.

The question is — what?

So the first thing you need to do is resolve to keep moving.

Have you done that?

Have you done that?

The honest answer is probably, “No.”

Because you haven’t actually resolved to keep moving.

You’ve wished you would move beyond it, but you keep failing.

The reason you’re still stuck is —

Because you haven’t actually resolved to get going again.

You haven’t actually given yourself a deadline beyond which you will stop beating yourself up.

So instead, by default, you keep wallowing in your shame.

Even though doing so will only make it worse.

Stop right now and resolve to move on.

Put a date on the calendar to quit this nonsense.

Here’s how to move through regrets.

Retribution against yourself with

Through the lens of story.

What did you learn from your foolish mistake?

Never waste a pain or a heartache.

Get some hard-won education.

But what differentiates a good carpenter from a so-so carpenter is what he does with his mistakes.

What are you doing with your mistakes?

What was your mistake?

Many men waste so much valuable time simply because they don’t actually take a hard look at what they did wrong.

So, for example, you might write down, “I screwed up by staying late at work — again.”

That’s where you start.

A simple statement of fact.

Did you write it down?

And you know what’s coming, don’t you?

I’m going to ask you to write.

Because when you write it helps you think.

But I’m not asking you to journal.

I’m asking you to focus.

And if there’s one skill you need to develop, it’s the skill of sitting your ass down and writing —

So you can focus.

And don’t worry about being eloquent.

Let the thoughts and pains flow out of you and onto the page.

You can do this with pen and paper or with a computer or even with a typewriter.

Whatever works for you do get the ideas flowing.

So tell the story.

Storytelling is the best way to get the regrets out of your head and out into the world where you can see them and work with them and learn from them.

Mark Levy, in his book Accidental Genius: Using Writing To Generate Your Best Ideas, Insight, and Content says this about writing:

“We all have an internal editor that cleans up what we’re thinking so we can sound smart and in control, and so that we can fit in. This editor helps us live politely among other people, but it hurts our ability to think differently and powerfully.”

He continues, “Free-writing temporarily forces the editor (in our brain) into a subservient role, so you can get to thoughts that are raw, truthful, and unusual. It’s from thoughts like these that big ideas are more likely to come.”

And this is what I am asking you do do.

Free-write about where you screwed up.

So take a topic — one of your regrets — such as the example above: “I screwed up by staying late at work — again.”

And then write one page, single spaced, about this regret.

Because you’ll be amazed at what comes out.

And as always, if you’d like some help or a swift kick to get you moving, write to me at mark@marknewtonpdx.com.

I’ll be sure to be in touch.