Why unfolding beats scolding — even when you’re pressed for time

If you want to make a lasting change in your life, stop scolding yourself into submission. Instead, work on an unfolding story that holds together the key elements of what you hold most dear — and put that story to work for you. 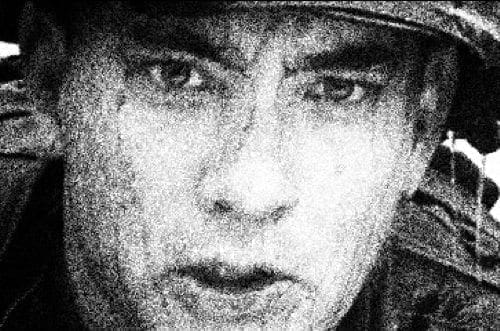 And as soon as you read those three words,

— you know the story.

So you know that it’s actually not so much a story about Private Ryan, as it is the story of Captain John Miller, played by actor Tom Hanks.

In fact, it’s Captain Miller’s job to lead a small band of American soldiers behind German lines during WWII to rescue private Ryan.

Because Ryan’s three brothers from the same family‍—‌Sean, Peter, and Daniel Ryan‍—‌have been killed within the past week of war — and their mother is about to be notified.

Private Ryan doesn’t know this, but we do.

So you know the power of story.

And so you also know that story has the power to shape you, and to focus you.

So why aren’t you using the power of story to shape your life?

Why do you read all those self-help books when what you really need is a good story question, such as:

“What do I hold most dear?” and then to work on answering that question.

Instead, you try scolding yourself into submission when you’re looking for life change.

But scolding doesn’t work, does it?

Because how many times have you tried that worn out method of scolding yourself to bring about life-change?

Doesn’t work, does it?

Captain Miller doesn’t scold his men into following him when the going gets rough.

Instead, at the key moment in the film when the soldiers are threatening mutiny, Miller tells them a story.

It’s the story of his background — which they’ve all been wondering about.

And it’s the story of getting home —

But with each man killed, this is becoming increasingly difficult for Captain Miller.

Because of what he holds dear.

And finally — win the day.

So how does Captain Miller win the day?

By telling a story.

Because his story of ordinary decency and the value of human life carry the day, as scolding could never do.

And this is true for you, too.

So if you want to make a lasting change in your life, remind yourself of who you are.

Ask yourself a good story question — such as, “What do I hold most dear?”

Because what you hold dear has much more power to change your behavior than all the scolding you can muster.

What do you hold most dear?

And what is most centrally important to you?

And get to work on making a lasting life change today.