You’re a natural. Here’s how to tell a better story

Since the day you were born, your brain has been telling you a story. The challenge is to use that amazing ability to tell a better story. Here is a wonderful little book to help you do just that. 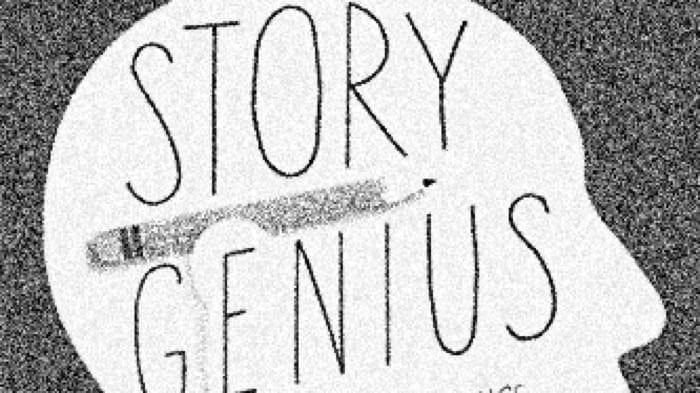 Lisa Cron has written a lovely little book called Story Genius. If you will invest a small amount of time, talent and treasure, you will find in this helpful guide a process for telling your story in a much more interesting way. Which not only would give you some critical distance from the overwhelm of the present moment, it would also help you get a sense of what’s coming next.

Here’s what Cron says in the beginning of this wonderful book:

It’s no surprise that Dante began The Divine Comedy with “Midway in our life’s journey, I went astray from the straight road and woke up to find myself alone in a dark wood.” With that in mind, into the woods we go…

This is where all great stories start — with a problem that is unavoidable — and getting bigger by the moment. Which means that if you are going to tell a great story, you’ve got to stop fibbing to yourself.

Because you’ve been smoothing things over a bit too much lately. Which is natural, by the way. I mean, who goes around looking for trouble? But unless you get more honest about things pretty quickly, your story is going to become not only more stressful, but boring to boot.

Start where you are.

If you were to stop dead in your tracks right now, drop your bottom into a chair and write for 30 minutes, without trying to sound to good nor too wise, you would have a good start to your story. Because what you’d be doing, in story terms, would be called in media res, which means narrating a story from the middle (which is roughly where you are). The etymology of this literary device goes back to the Roman lyric poet Horace, who used it in his poem Ars Poetica as “Semper ad eventum festinat et in medias res….” It’s a Latin phrase which literally means “in the midst of things.”

So please do this.

Follow this link to the book. Check it out. (Perhaps literally). You could check it out from your local library, or buy it from your local bookseller, or download it as an ebook. Spend some time with it, and soon you’ll be telling a better story.

Would you like to become a better story teller? I can also help you. I’ve been telling tall tales for years!