What happens to your mojo every day? Because you woke up today determined to rock it. And then should happened. And then you didn’t rock it. So — what is should? And why — and how — can you move from should to want — to will? 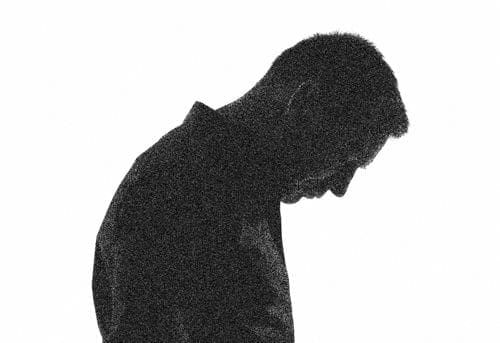 Because the fact is —

Even if you’re mentally healthy, you hear voices.

Because your internal voices are the sound track of your life.

And some of the voices are helpful.

But some are not.

Because some of the voices in your head are telling you to make your bed in the morning.

Which could be a good thing.

But some of the voices in your head are telling you what an idiot you are.

Which is not all that helpful.

And some times, the voices merge —

“You’re such an idiot. You can’t even make your bed in the morning!”

So it’s important first to admit that you’re hearing voices.

And then, to identify which voices are helpful — and which are not.

Because the voice that reminds you of who you are — and tells you that you can do it — is a good voice.

That voice keeps you moving.

But the voice that says you should be something or someone that you’re not cuts you down — and is not a voice you want to be listening to.

So the first step is to identify the voice.

And this is not always possible — but try.

Is that voice your dad’s voice?

Who is that speaking in your head?

Because it just so happens that there are many voices that have spoken into your life over the years.

Why did you listen?

And the second step is to ask yourself —

Why did I listen?

By what authority did that voice get into my head?

And finally — why did you believe it?

So first, identify the voice — who said it?

Then, ask yourself — why did I listen?

And then, third, ask — why did I believe that voice?

What to do when should happens.

Because they are telling you what you should and shouldn’t do.

And those shoulds and shouldn’ts are killing you.

It’s time to move on.

So the main thing to realize about these shoulds and shouldn’ts is — that they are external.

Energy which you could be spending on rocking your day — if you weren’t so worn out before you even begin.

Here’s how to make the switch.

So what you want to do is make the move from should to want to will.

And in that light — a quick review of terms:

Should is an external voice that someone else spoke into your life that you listened to — for better or for worse — and is still with you.

Want is an internal voice that expresses your own personal longing.

Will is what you have decided to do with each of the moments that add up to your life.

And if you want to live your life fully —

What you do today will come from you want to do — not from what you should do.

Because want takes so much less energy — once you get used to it.

Once you get used to living from your internal center, it actually takes a lot less energy than does should.

Think of it this way:

Let’s say your first language is English, but you also know Spanish.

You can speak Spanish, but unless you’re fluent in Spanish, it will take more energy than if you just stick to your own native language.

It just takes less energy, and less gets lost in translation.

And the fact is, should will never be your native language.

Because something inside of you will always rebel against that foreign authority.

What do you want?

What do you want?

Are you going to take control of your life today?

Or let those shoulds run your life?

In other words — are you going to really look at the question of authority?

Seriously: Is there anyone who has more authority to live your life than you do?

Become the author of your own story.

And what do authors do?

Someone is writing your story.

So the question is —

Will you write your own story?

Or let someone else write your story — so that what you do happens to fulfill someone else’s version of you?

Because when you let someone else write your story, you’re constantly second guessing —

“Am I playing my part correctly?”

And am I doing what I should be doing — to match the expectation of an external author?

Or have I taken on authority for my own life?