Instead of pretending you’re not mad, deal with it.

You’re mad. So quit pretending you’re not. Because there’s something — maybe many things — that are making you angry at any given moment. But you’re not sure what to do with your anger. So you hide it. Which isn’t doing you, or anyone else much good. So in this brief article, we’re going to take a close look at how to identify your anger — and how to deal with it.

Don’t try to hide it.

You’re mad for a reason.

After all, you’re mad for a reason. There is something eating at you. Some reason why you’re angry. So please do this, now. Stop. Because if you’ll just stop for a moment and ask yourself, “What am I so mad about?” chances are good that you won’t have an answer right away. Because your anger is buried pretty deep. But the fact is — if you’ll ask yourself the question, then you’ll get the question moving around in your head. So ask the question now — and let it simmer. Give yourself room to reach for the reason why you’re mad.

Because the longer you run from your anger, the more it will control you. And don’t get me wrong. Anger makes you feel powerful. But haven’t you noticed how anger comes out sideways, spilling where it doesn’t belong? And you don’t have to wait for a heart attack or for a serious personal infraction to address what’s really wrong. In fact, the sooner you face your anger and allow yourself to get to know it, the sooner you’ll be on your way to becoming a more powerful man — through emotional intelligence.

Because hey — I know you’re a smart guy. But you’re not as emotionally intelligent as you could be. Case in point: how you deal with anger. So please watch this brief TED talk, and then come right back for the Takeaway.

Did you notice how the speaker, Susan David, talked about emotional rigidity? And how she contrasted that with emotional agility — and linked emotional agility with courage? Leading to the question: how can I become more emotionally agile and courageous?

So please do this.

← Lost your focus?
Scratch your NUTs → 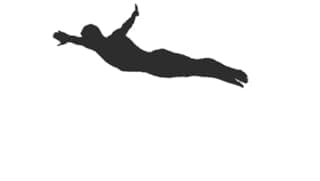