Struggling to make a hard choice and feeling stupid about it? Try this.

Because all that struggling isn’t making it better. In fact, it’s making it worse. 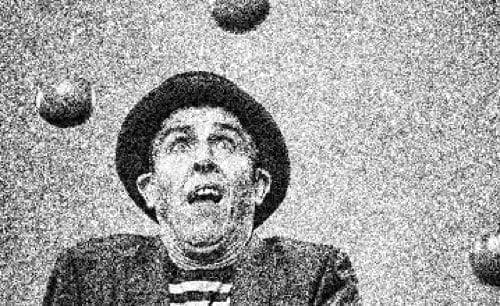 Every day, I work with smart men who are struggling to make hard choices.

If they’re so smart —

Then why are they having such a hard time deciding?

And here’s the paradox.

You’re smart and you’re creative — but you still can’t decide.

Because you’re using the wrong framework.

You’re trying to resolve hard choices the same way you figure out easy choices — with logic.

Which is a big mistake — and ends in frustration.

Because hard choices require a much different framework.

But what framework do I need to help me make the hard choices?

In under 15 minutes, you’ll learn to discern the difference between easy choices and hard choices.

So please watch this talk — and then come right back.

We’ll distill what we learned —

And get you moving toward a whole new way of making hard choices — without feeling stupid.

Then, instead of struggling, do this.

If it’s an easy choice, with a measurable answer — don’t sweat it.

But if it’s a hard choice — one without a clearly measurable best answer — then turn from logic to personal values.

And remember that not all hard choices are big.

In fact, sometimes, they’re small — like what to have for breakfast.

And I’m pretty sure you heard what Dr. Chang was saying about hard choices and personal values — and about intelligence.

Did you buy it?

Even when it doesn’t necessarily match what is true for me?

And here is where she said that you might be tempted to take the safe (traditional) route.

But resist deciding based on the allure of the safe route.

Because if you do accept her premise, then you will have a new framework for making hard choices —

You will have come through the dark tangle of the woods, and into an open clearing.

And in that clearing, it’s no longer a matter of logic, but a matter of living by your own personal values — what’s right for you.

This is the basic question in the framework for making hard choices.

What story uniquely describes me?

Because in your own story, you get to say who you are.

In other words, rather than asking “What should I do?”

So give it a try.

And if you have questions or concerns about this framework, or would just like to find out more about what working with a men’s life coach is all about, give me a shout at mark@marknewtonpdx.com.

I’ll be glad to answer any questions or concerns you may have.