How to get what you want — without being needy or greedy.

You want what you want — but you don’t want to be greedy. Check out this little book called Getting To Yes about how to get what you want without being greedy. 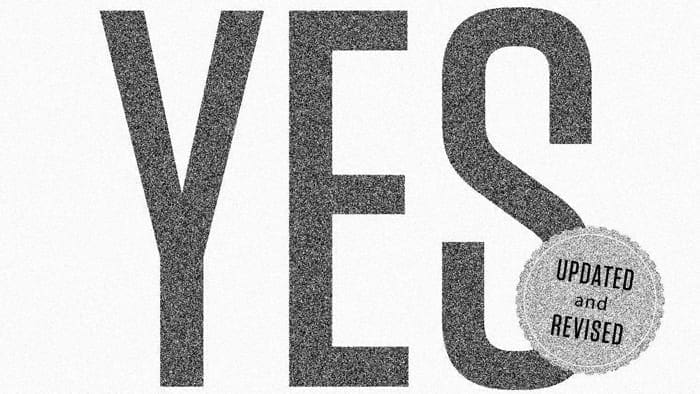 You want what you want. But does that mean you’re greedy? Because if you get what you want, you’ll definitely have more than some other men. So let’s first look at what it is that you want, and then where you’re going to get it.

What do I want? So ask yourself: “What do I really want?” Do you even know the answer to that question? I find that for most men, the answer is “No.” Because you haven’t actually sat down and made clear to yourself what you want. So first, do that.

What do they want? So let’s say you’ve done that. Let’s say that you’ve actually figured out what you want. Because whether it’s more money, or a different schedule, or a new job — you want something that you don’t currently have. But now, the question is — where are you going to get it? And that’s where others walk into the picture. Because someone has what you want. Whether it’s your boss, or your partner, or someone else, you’re going to have to negotiate with someone to get what you want.

Soft or hard? So the next question becomes — are you a hard negotiator or a soft negotiator? And here’s the difference: if you’re a hard negotiator, you take a strong position and argue it. And you expect to get what you came for. Which doesn’t always work. And the other side of the coin is that you’re a soft negotiator. Which means that you negotiate from the standpoint of wanting to preserve the relationship, often giving in on parts of the negotiation in order to be nice.

Is there another way? The problem with being either a soft or a hard negotiator is that you often don’t get what you want. Not really. Because if you’re a hard negotiator, you may seem to be getting what you want. But it comes at a price. Because the person you just “beat” in the negotiation may resent you, making the next steps harder. And if you’re a soft negotiator, chances are you’ll resent the other person in the negotiation — and resent yourself for giving in.

Or are you interesting?

And here’s the difference. Interesting isn’t based on whether you’re a “soft” or a “hard” negotiator. Instead, interesting focuses on getting to a wise agreement. So you get what you want without stepping on someone else, or being stepped on. And it all hinges on the concept of positions and interests.

What are positions? Your position is something you have decided upon.

What are interests? Your interests are what caused you to decide.

Consider this little example from a little book by authors Fisher and Ury, called Getting to Yes.

Two men are quarreling in a library. One wants the window open. The other wants it closed. They bicker about how much to leave it open. One says a crack. The other says halfway. No solution satisfies them both.

Enter the librarian. She asks one why he wants the window open. “To get some fresh air.” She asks the other why he wants it closed. “To avoid the draft.” After thinking a minute, she opens wide a window in the next room. Which brings in fresh air — without a draft.

For a wise solution, focus on interests — not positions.

This story is typical of many negotiations. The problem looks like a conflict of positions. So we tend to think and talk about positions. And in the process, we often reach an impasse. If the librarian had focused on positions, she would have missed the solution. Instead, she looked at underlying interests of fresh air — with no draft.

Interests define the problem. The problem is the conflict between desires, concerns, and fears. Such desires and concerns are interests. And interests motivate people. Because they are the silent movers behind the positions we take.

Your position is something you have decided upon.

Your interests are what caused you to make that decision.

And the most powerful interests are basic human needs, including:

So focus on interests — not positions.

Because then you can get what you want — without being needy or greedy.